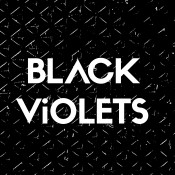 The Black Violets formed at the beginning of 2017. Based out of Cork city, the 4 piece have spent the majority of that time forming their alternative/electro/post punk sound. Citing early 80’s bands such as Joy Division and The Cure as influences, leaning towards the 90’s Manchester music scene (Stone Roses, Happy Mondays) as well as modern day outfits such as Kasabian, Black Rebel Motorcycle Club and LCD Soundsystem for influences also. They have played a number of local gigs around Cork city and are ready to take their big, expansive live sound onto the national gig and festival scene. Stayed tuned for new some new tracks…