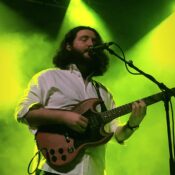 Conor Clancy is a pop, funk and soul artist from Tramore most known for his pop/soul project, TOUCAN. His songs have over three millions streams on Spotify and as a result he has developed a considerable following in the UK, the US and Australia. He has supported acts such as Nile Rodgers & CHIC, Durand Jones and the Indications, as well as playing a special guest slot for the Average White Band at London’s Royal Albert Hall. Joining him in the Crane Lane for a mix of originals and covers will be renowned jazz pianist Killian Browne and on drums is the magnificent Bart Kiely, bringing his old school funk grooves.