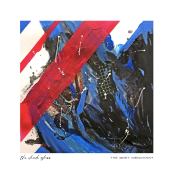 The Grey Merchant announce the release their second album ‘The Claude Glass’ February 29 2020. Recorded during the second half of 2019, the five piece band based in Cork present an eclectic mix of guitar-driven tracks exploring social and personal themes, with all five members contributing to the song-writing duties, and collaborations with Pete Mac ( PARADOX ) and Kieran Ring ( Neon Atlas ). Mixed by Ciarán O’Shea (Cyclefly, Bush) at Whitewell Studios Berlin, and mastered at Abbey Road Studios with Alex Wharton (Pixies, My Bloody Valentine, Chemical Brothers), The Claude Glass reflects diverse influences from Kyuss to John Grant to Public Service Broadcasting.

The album goes on release on February 29th, with the band celebrating the occasion with a rare live performance at Cork’s Crane Lane Theatre on March 2nd at 11 pm.

Support on the night from Kieran Ring and PARADOX

‘a rousing first look at what to expect from the Grey Merchant… …It’ll get the juices flowing and the blood boiling’ -thepointofeverything.com

‘Once you let yourself succumb to the crisp edgy sting and moody undertone you become swallowed and consumed in the tireless relentless onslaught of the meandering entwining coil of The Grey Merchant’s unique and fantastic masterpiece.’ -Indiebuddie.com

‘a distinctly motorik krautrock fashion all the while pulsing stunning frequencies into the atmosphere… …The Grey Merchant’ are most definitely the ones to watch.’-primalmusicblog.com

‘ I was blown away by its power and added ferocity…. …Spotless (The Protecting Veil) is a wonderfully powerful tune and if this is the taste of things to come then The Grey Merchant will be worth looking out for in 2017’ -Bobby Green musician.ie