This year we are dedicating the first weekend in January to celebrate women in music.

Traditionally January 6th was celebrated by women who would have been the main home keepers and creators of Christmas feats. As we are all now very aware times have changed and so has the music industry, slowly but surely women are being recognised for more than their culinary skills.

Women have always had a major part to play in the creation of  music but unfortunately not always credited or given forefront positions.

We have amazing musicians such as Mary Lou Williams, Ella Fitzgerald, Billie Holiday and many more early century artists paving the way and inspiring others to follow suit.

Even in the 60’s women still did not gain credit for their hard work and commitment to their art such as Carole King but then the movement began. Joni Mitchell, Alice Echol, Janis Joplin to name but a few.

In the last couple of decades artists such as Bjork, Madonna, Beyoncé, Viv Albertine, Sinead O Connor, and many many more have sold millions of albums worldwide.

We are starting a new tradition on the first weekend of January  it is the coming together to give thanks to the women who feed our souls with the music that everyone, both man and women can enjoy.

This years line up is: 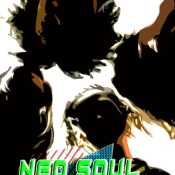 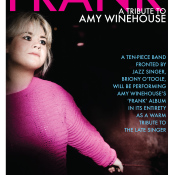 After a wildly successful sold out show at the Crane Lane Theatre and Dali the past two years, this adventurous gig is back by popular demand. Fans are invited to revisit the ultimate repeatable album. Ten-piece band, fronted by Jazz… 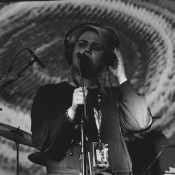 The Funk Soul Vera’s, fronted by singer Briony O’Toole, bring you all your favourite 90s/00s classics! , this band will have you throwing back and dancing all night long! 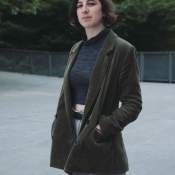 Hailing from Clonakilty Ireland, Eve Clague is a singer-songwriter who draws on the rich variety of music she grew up with in her home and community to create a highly personal and direct style of song writing. With a band…