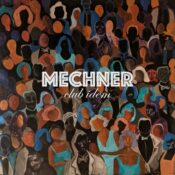 Mechner was once described by John Loftus of 8-Radio as “David Lynch meets Radiohead”, making melodic Alt/Rock with a raw bluesy darker edge, while also creating filmic surreal music videos to compliment them, it’s easy to see where this comparison comes from.

Mechner hails from Cork, Ireland and is fronted by Jack Ahern, no stranger to the live music scene around Ireland. Mechner takes influence from the likes of Jeff Buckley, The Smiths, Radiohead, The Beatles and Rory Gallagher.

Mechner releases his debut album “Club Idem” on August 1st and plays a midnight show in Crane Lane Theatre, on the 16th of August.