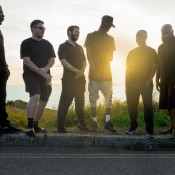 Mike Skinner ( The Streets) , burst onto the UK music scene in 2002. Described as the voice of his generation, the ground-breaking mix of beats and rhymes of Original Pirate Material, led to a Mercury Music Prize Nomination, and both critical and commercial acclaim.

That was just the beginning of the rollercoaster that would run through the modern-day opus of A Grand Don’t Come For Free, which spawned the UK No.1 Dry Your Eyes, as well as a host of Top 10 singles and went multi-platinum around the world.