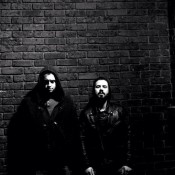 €0.00 Tickets Free Gig
Crane Lane Theatre Phoenix Street, Cork City, Cork, Ireland +353 (0)21 427 8487
New Valley Wolves are here to rescue you from the bombardment of soft rock/indie idiocy that floods your airwaves. They’ve built their reputation as the fiercest live act in Ireland through relentless gigging at home and abroad. With a sound bigger than an A-Bomb and energy that borders on psychotic, New Valley Wolves play dirty, blues rock riffs with a sinister edge.

Catch them on their Irish tour this summer or at Sea Sessions, Electric Picnic, Rockathon and Canalphonic to name a few.

In 2015 NVW released their debut album ‘Refusal is Our Weapon’.