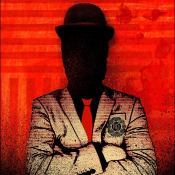 Time: 4:30pm
€0.00 Tickets Free Gig
Crane Lane Theatre Phoenix Street, Cork City, Cork, Ireland +353 (0)21 427 8487
ReGroovanation are an Irish Funk band formed in January 2017. Initially an amalgam of 3 brothers with a strong tradition in blues and folk music, and 2 classically-trained rockers with a predisposition for jazz.
While Afro-American music serves as the keystone for all their output, they seamlessly blur the lines between many further-flung genres including reggae, classical, and hard-rock.
All 5 are composers and lyricists in their own right and pay massive attention to detail in both the arrangements and the lyrical potency, this has led to an increasing use of rapping in their music alongside spoken-word poetry.
Determined to start with a bang, their debut show ‘In an Age of Insecurity’ is an original 3-movement Musical Drama that featured a group of 20 musicians and actors and premiered on April 20th 2017 in Bello Bar, Dublin
This collaboration brought them together with Shannon Doyle, a phenomenally soulful Dublin ska-singer who has remained ever since and has solidified the 6-piece line-up.
Following their debut they have continued collaborating, most notably arranging their music for the Athenry Youth Orchestra and Sligo Youth Jazz Ensemble and perform regularly in Ireland and also abroad in Germany, where they return twice-yearly to an ever growing fanbase.
Facebook https://www.facebook.com/regroovanation/
Their debut EP ‘Sound Cheque’ is available for streaming on all major streaming platforms. >https://open.spotify.com/album/1OdoMwO5jjtIYXsLKcBKEN
‘Miss You When You’re Gone’ single link:
>https://open.spotify.com/artist/0xOvfIkMU0fiz4aWhPx5JT
Follow on Snapchat and Instagram @: ReGroovanation
Phoenix Street,
Cork City
+353 (0)21 427 8487
cranelanetheatre@gmail.com
View All Contact Details