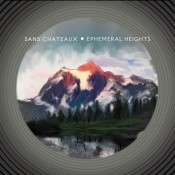 Sans Chateaux is the music of Austin Moore of Cork, Ireland. Writing and recording under this name since 2010, Austin has released two projects: a self-titled EP in 2012 and an album — Aspendale — in 2016. He is now back with a second album — Ephemeral Heights – due to be released on September 13th 2019.