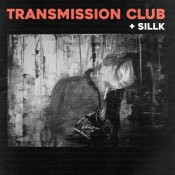 Transmission Club is a band that hails from Cork, Ireland.

Their sonic palette has elements of indie rock, folk and grunge.

The band’s arrangements are textured with various instruments such as harmonium, violin, keyboards and guitars while drum machines and loops are often introduced too.

Songs are often recorded on the spur of the moment, sometimes having just been written. This favours capturing a raw, untrammelled take.

Recording for Transmission Club takes place in various houses and bedrooms around Ireland. Their lo-fi quality is inspired by bands and artists such as Sparklehorse, Sun Kil Moon, Elliott Smith and Sufjan Stevens.

Salt has just been voted no.1 in The Last Mixed Tape’s Reader’s E.P of the Year 2015 Poll.

“They’re a five-piece from Cork, and they make damn good tunes”

Sillk is a chamber folk trio featuring Orla Travers, Julian Halpin, and Chris Schmidt-Martin. They come from quite diverse creative backgrounds, including short fiction and theatre, and classical, traditional, and electronic music.

The coming together of eclectic musical backgrounds, coupled with Orla’s songwriting, makes Sillk’s style hard to define. The songs they create contain stories that are innocent and dark, sweet and caustic, playful and threatening. Sillk are currently working on their debut E.P. – ‘Time as a Clock’ – which is due for release later this year..